Magnesium burns extremely bright and hot at 3,100°C. H2O splits at 3,000°C. When burning Magnesium touches water, it rips the Hydrogen and Oxygen apart in a brilliant explosion, instantly igniting them, forming more water, as well as Magnesium Oxide.

This high-speed photograph series started in 2015 and has led to me building fume hoods and developing unusual photo methods. As I continued the experiments, I realized how much the images resembled astrophotography. Thus, I began naming these under the Devin General Catalog system, an homage to the New General Catalog by which stars, nebula and other stellar features are labeled. 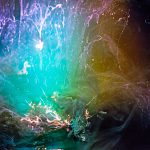 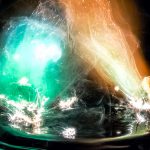 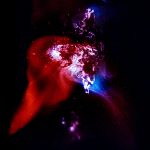 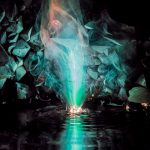 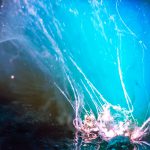 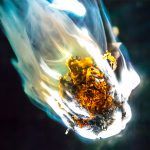 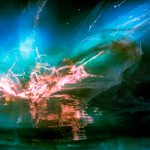 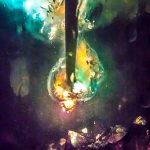